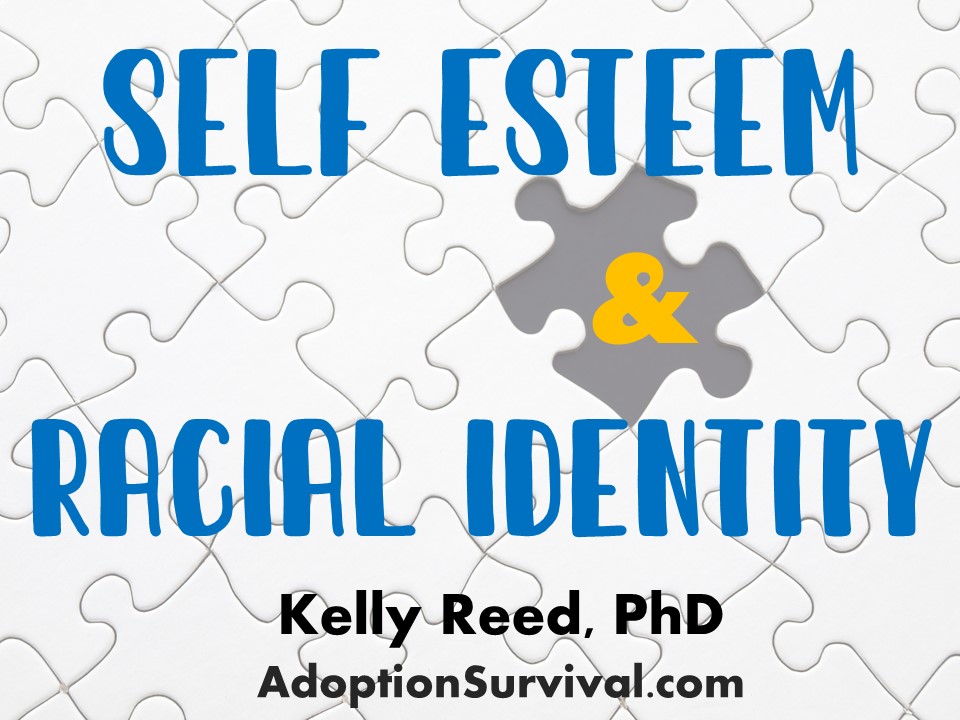 Transracial adoption usually refers to families in which parents adopt a child who is of a different race. Transracial adoptees are typically not only racial minorities in mainstream culture but also in their own families. They often feel like imposters in their adoptive families AND feel like they do not fit in with the race and culture of their biological ancestry. Some live in a state of incongruence.

Identity formation is a difficult process for all of us. Race, ethnicity, and culture can make identity formation even more complicated. When transracial adoptees are placed at an older age, it is more complicated due to years of separate histories, rituals, and traditions as well as their history of chaos and trauma. Further, they are expected to adjust to yet another family and new environment which likely includes a new socioeconomic climate, different norms and values, and perhaps an entirely different language or religion.

Developing a sense of ethnic identity in a racially dissimilar environment can become a major challenge. These children frequently observe others who are not like them. They observe or experience prejudice, discrimination, and stereotypical remarks. Through those negative experiences, they may internalize they have more limited options and their groups are somehow “not as good” as the prevailing cultural group. They may feel alienated based on the differentness of their physical features. They may feel lost, without a true connectedness to their birth culture or their adopted culture.

Issues of loyalty are often raised with these children. They may choose to distance themselves from memories and recollections of their birth family, or they may be attracted to groups and activities similar to their birth families or what they perceive as “their people.” They may struggle trying to develop both autonomy from their adoptive family and their identity. All of these struggles can negatively affect the child’s confidence, self-view, worth, self-respect, and goals.

Building a strong racial identity is a two-part process based on developing a strong self-esteem and a sense of pride in ethnic heritage. The biggest concern about the issues of identity is whether children will have a secure sense of who they are as a racial and ethnic minority and whether they can learn the skills to deal with discrimination and prejudice. The adoptee must be able to answer the question “Who am I?” and feel good about themselves, despite both subtle and blatant messages that tell them otherwise.

The identity development process is different for each transracial child as their experiences are all different. Some are quite capable of holding themselves in this world in a very impressive way while others have a more difficult time. The capacity to identify, access, and utilize resources and relationships to help them develop their sense of self is critically important. The identity and values of transracial adoptees will largely depend on the circumstances of the birth parents and adoptive parents, agency preparation, support of the adoptive family, the community in which the child grows up, and the family’s knowledge and comfort about transracial adoption.

Part 2 of this series, “Maximizing Success in Transracial Adoption,” includes recommendations for maximizing success in transracial or cross-culture adoptions.

ABOUT THE BOOK
ABOUT THE AUTHORS
RESOURCES
BLOG
CONTACT US